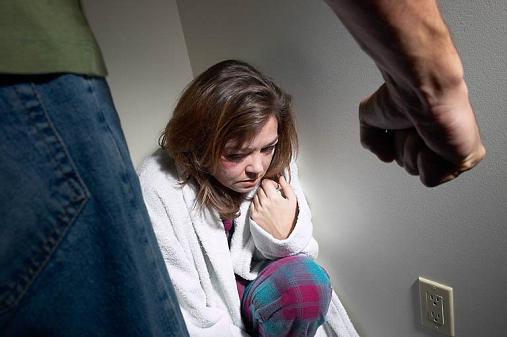 The sound of the slap reverberated, creating a hollow effect. The stillness of the moment and the deafening silence that prevailed made the atmosphere all the more ominous.

Smita was dumbstruck, she felt a stinging pain on her cheek as she continued to massage her thigh where she was struck 2 minutes ago and it was slowly turning blue due to the severe impact.

As Rajiv lifted his hand once again to strike her, his eyes flashing with anger as if possessed by an evil spirit, she held up her hands” Please do not hit me, please”.

He was stunned- those words, he had heard them somewhere, he knew them too well. Every night as he cowered in a corner of his bedroom and his drunk father struck his mother ruthlessly as she cried out in pain and pleaded before him. Those words which tormented him in the initial days but gradually he got used to it just as his father was used to hitting his mother and she was used to bearing the pain mutely. Over time, he was no longer affected by it. That’s how women are to treated “Like a piece of shit” ”Show them their right place”. The little innocent Rajiv had died a slow death and in his place was born the savage man.

But today as he heard those same words uttered by his wife, something in him stirred. He looked at her stomach, 4 months pregnant she was. She was carrying his child in her womb, the little one was oblivious to what was in store. Did he want to raise another Rajiv who thought there was nothing wrong in hitting women?

He knew what he wanted. He fell on his knees and cried like a baby.

(This post has been written for the second edition of  BAR-A-THON, the fortnight-long blogging marathon for bloggers everywhere!  My theme is “7 colours of the rainbow ROYGBIV”. I present a Flash Fiction in 300 words  based on one colour  for each day of the challenge and blend it with something that personifies that colour)