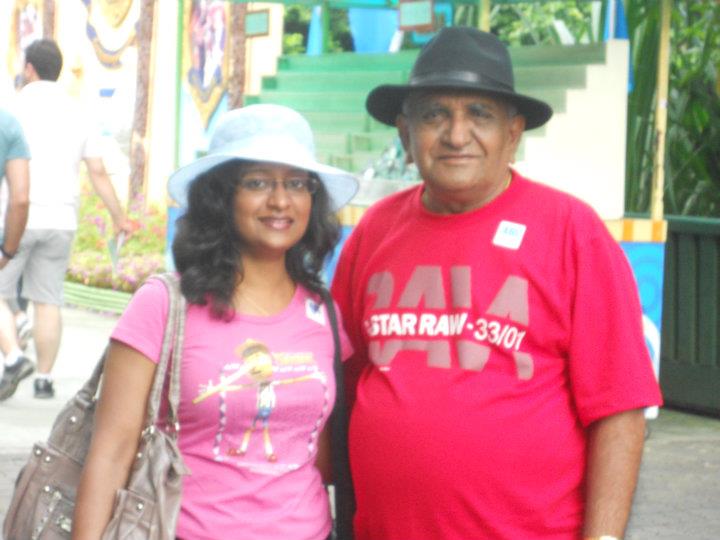 There goes a saying that every daughter is her father’s princess. In my case I have been twice blessed by Almighty as I am the princess of not only my dad but also my grandfather.  It is often said that grandparents love their grandchildren more dearly than parents. “Dadaji” is what I used to fondly call him though in reality he was my nanaji (mom’s dad).

I was the first child in our family and was showered with abundant love by my doting parents and grandparents. For Dadaji it was the birth of a child in the family after 23 years (the last one was that of my mother). He was extremely fond of kids. For the first 2 years of my life we all lived together. Frankly I don’t recollect much about those years but my mother always talks of those beautiful memories and how he took care of me. After my younger brother was  born, my mom and dad moved with both of us to our new home. However not a day went by when he did not visit our home to meet his beloved granddaughter and he was the only person who would put me to bed. I go red in the face when I hear this but mother always says that it was a herculean task for someone to put me to bed. I required hours of pampering, rocking, would keep demanding milk and water at regular intervals before I finally dozed off. It required oddles of patience and Dadaji was the one who put me to sleep daily. After a year or so my grandparents moved to Goa whilst we continued living in Bombay. I got busy with my schooling and other activities. However every summer vacation we visited them. I fondly remember the visits to beaches, parks, ice cream cones that he got for us.

Years flew by and I was a big girl now. My grandparents had retired and settled down in Mangalore. I lived with them for a couple of years as I completed my graduation and CA intermediate exams. This time the generation gap and clash of thoughts led to some squabbles. I then moved on Bangalore to pursue my career. We would speak occasionally on the phone and visits had become rare. He was getting old  and travelling was difficult and I was busy pursuing my education, everything else had taken a backseat. I then got married and started on with my new life. I kept persuading my grandparents to re locate to Bangalore so that they could live somewhere near us but they kept postponing it.

One day we suddenly got a call from Dadaji that he had decided to move to Bangalore , his health was deteriorating those days. He also told us he wanted to move as early as possible and if it can be done in 2-3 days.  We found his sudden request strange but we were nevertheless relieved that he had agreed to move here. We made all necessary arrangements right from finalising a rental house right opposite to where I live, to hiring packers and movers. Mother and I insisted on coming over to help them with the move but they did not want so many of us. Finally only mother went over to assist them. She arrived the next morning. Grandparents were supposed to take the 9 am flight to Bangalore. I got a call at 6 am from grandma but by the time my sleepy eyes could find the mobile it got cut. When  I tried again, it was engaged. I then heard a piercing cry from the other room. It was my mother’s voice. My grandmother on the other end was sobbing uncontrollably and saying he won’t wake up. He won’t talk. I have called for the doctor but he has goneHe has left us. It was as if the floor beneath my feet had cracked. I couldn’t believe what I was hearing. It seemed impossible. Their belongings would arrive in the next 2 hours and I was supposed to help set up the new house today, they would be landing in the next 3 hours and I was waiting for their call to book a cab. How then can this happen? It just doesn’t fit into what the day was supposed to be. How can he just go away? It all seemed so wrong. I had made my plans so meticulously but god had his own plans. It was the first time I was experiencing the death of someone so beloved and it broke me into pieces. We drove down to Mangalore in a frenzy and as I watched him lay down so peacefully,an angelic expression on his face. He seemed so content. But I couldn’t come to terms with the fact that this was the last time I was seeing him in flesh.

From now on there would only be memories, memories of all those beautiful moments we shared. When we got the news of his demise mother was inconsolable. In her grief she said “he cannot leave us and go, he loved all of us so much, he will come back. Come back as your child. He will be reborn into our family”. Later when I thought of it I felt it was an outburst of emotions at that moment and it can’t be trueWe were trying to conceive since the past few months but it wasn’t happening. When we visited a doctor she performed some tests and assured us that everything was fine and it was just a  matter of time. I was restless and thought the high stress of our jobs was a taking a toll on our health. 15 days after Dadaji passed away I missed my period though I had all the symptoms. The cramps, the aches but no sign of it. When I asked a couple of friends they put forth the usual questions -do u have nausea? No desire to eat? I had none of those, they ruled out my pregnancy. A few more days passed still no sign of my monthly pal. I then did the pregnancy test and it was positive. I knew in my heart he was back. He was very fond of girl child and I too desperately wanted my first one to be a girl and my wish came true.Angel is 3.5 months now and when I look into her eyes I see him. Her gestures like the way she folds her hands, crosses her legs when sleeping are all just like him. As we  fondly remember him on his first death anniversary today and cherish the countless memories intricately woven over the past years, we look at Angel and look forward to creating more such wonderful memories over the years to come. Call it reincarnation or pure co incidence but for me this is god’s miracle. To give me the opportunity to shower my love and affection on someone who did the same to me when I was a child. I am blessed and this is God’s best miracle in my life.

Note- Its my grandfather’s 4th death anniversary, 4 years have passed without him. Life moves on but the memories linger. In memory of my beloved Dadaji.

8 thoughts on “The best miracle in my life #RealStory” 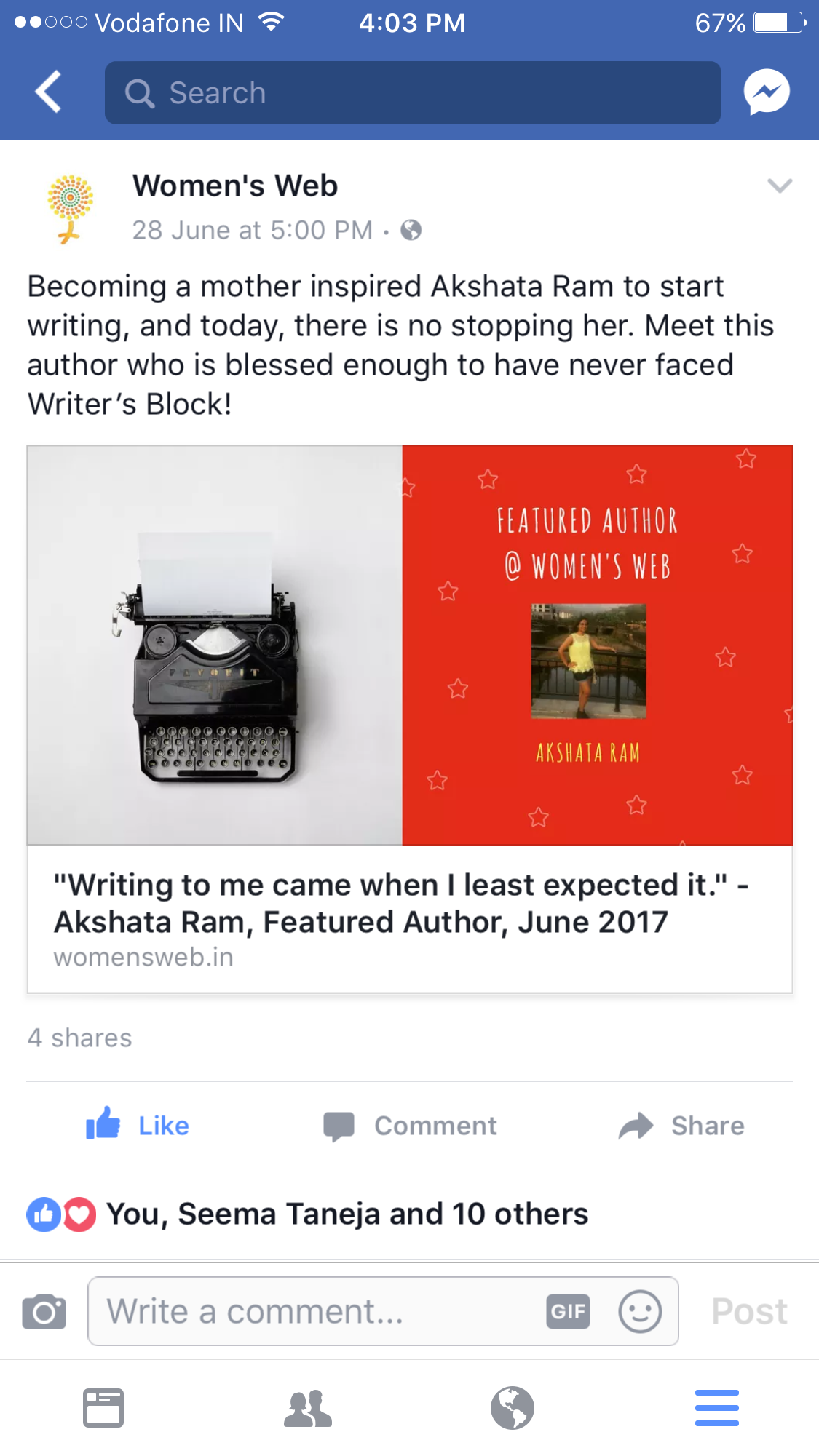