I opened the Sunday Times to devour its contents hungrily- one of the perks of the weekend is being able to read the newspaper leisurely as against a weekday when I am in a mad frenzy with the toddler tugging my dress and me trying to scan the front page, the business section and the global one in a speed reading session with one eye on the clock ticking by.

This Sunday though I was disappointed reading about the shocking and appalling percentage of women in India that is employed (27%) as against China which tops the list with (64%) and US (56%). We are marginally ahead of Pakistan and Arab countries – well that’s nothing to cheer about given the pathetic state of women in these countries. It left me with a morbid feeling, I wasn’t really expecting the stats to be so bad given the host of  measures MNC’s are taking to promote gender diversity.

I do not want to get into why’s of it but rather look at this meagre 27% of which I am a part and ask- do we have it easy? Right from fighting the misogynistic people around, to being mansplained and shouting our voice hoarse to make a point and being accused of being too emotional, its akin to walking on a tightrope. Thinking of the past 10 years I have spent in the corporate world, I sometimes feel we are partly responsible for it. By succumbing to whatever is meted out to us, not being vocal we are only encouraging the culture to remain as is. Thats when I made a conscious decision that I will do my bit, in changing the workplace culture. Not by shouting my voice coarse or getting into a feminist march but by saying “NO”, challenging the stereotypes in my own way without throwing a fit and bit by bit, day by day, from one woman to more- I firmly believe things will change.

I was one among them- not anymore. This does not mean I have become overconfident or being a blogger and having a flair for writing , I would just use it to sell myself at my workplace. I make sure I do the best job and make doubly sure the people who need to know about it, are aware. I set tangible objectives, have discussions with my manager, ask open ended and specific questions, seek feedback, don’t shy away from talking about my next level.

Being a woman, a minority at the workplace is not easy by any means, especially as you move higher up the ladder. However I firmly believe, the way people treat you depends to a large extent on how you treat yourself. So , instead of complaint in the washroom , next time make sure you speak up in the boardroom- loud and clear.

Linking up with #ChattyBlogs  September edition. Thanks Shanaya for this wonderful space to share my personal thoughts. 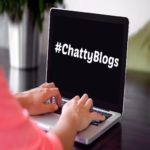 Linking up with #MondayMusings at Everydaygyan 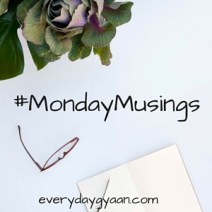