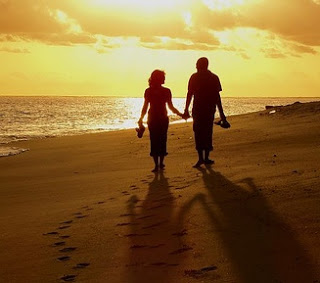 “And they lived happily ever after”- as Aesha closed the story book, little Anya was asleep, her tiny hand holding Aesha’s arm firmly. With one more loving look at the little angel, she gently unwound her arm and tucked  her into bed. She sighed and wondered- Is it really happily ever after? Maybe she should alter these fairy tales and tell her daughter more real world stories.

The chilly air outside continued to blow. Aesha looked out of the window. It had been 6 months she moved to New York and she loved the vibrant and energetic city. Little Anya had settled down quickly too, much to her surprise and delight. She absolutely loved the day care in Aesha’s office where she spent her day with other kids of her age.

Aesha loved the new office, the energy levels and enthusiasm was at a new high. Being the Head Office, it was abuzz with activity. One thing that she found in stark contrast to India was that people took their work life balance very seriously. No one would stretch beyond what was needed. There were a lot of working moms like her juggling their demanding job and children. They would leave by a decent time, pick up their kids from school or day care, take them home, spend time with them, after having dinner with them and tucking them into bed, they would login again.

Aesha followed the same routine and it was working well. Everything was perfect here, except one thing- Aman.

When she thought about the day her passport was stamped, it was quite a tumultuous day. She was exuberant at the prospect of going to NY, the city she always dreamt of visiting and here was a sponsored stay for a couple of years, what more could she have asked for?

She had to talk to Aman for she knew this was a big thing. She feared that he would not sign the permission letter to take Anya along and she knew she wouldn’t move an inch without her child. They had a lengthy candid conversation. Of course things were not that easy which could be sorted out in one talk. She tried to make him see that this was once in a lifetime opportunity. Besides the money she could make that would secure their life, the quality of life that Anya could get was far better than in India. Also, she could grow at a much faster pace. She urged him to resign and come join them in US. He could come on a  H-4 visa , she was getting a good pay package and a hefty relocation which would take care of all the expenses. There were restrictions with H-4 on the kind of jobs a person holding a dependent visa could take up but they would gradually figure it out. It made more sense than wait to get an opportunity abroad as his chances were bleak.

He was initially appalled with the idea of being without a job without any certainty and couldn’t imagine himself as a house husband. Its a concept almost alien to an Indian man. He decided to stay back and said he would try to get a job with an agent’s help. Though he secretly hoped, she wouldn’t like the city or wouldn’t be able to manage alone and would come back to India.

Things turned quite the opposite though. They connected regularly on Face Time and Skype. Visits could not be made as regularly as India. He did come for a fortnight and was spell bound by the city and quality of life. Spending time with his daughter also made him realize how much he missed her. The lack of physical proximity which had initially created a distance between them, was now changing course gradually.

He had a new found respect for this woman who was splendidly managing her career, her child and everything single handedly and did it with such elan that one cannot help but be in awe of her. She made it a point to call not only her parents, but his as well and his sister whom she was close to. She kept the bonds intact. It wasn’t easy, though she braved it all with a smile. He knew as much as she loved this life, managing everything solely took a toll on her. She had her bad days at work, days when Anya was super cranky and irritated and sometimes both came together. She had to tide through all by herself.

Thinking about their relationship which was once the ideal fairy tale romance, he pondered where did they go wrong? Had they started taking each other for granted? The baby came into their lives and that’s when they should have got closer braving the initial days together but they fell apart. He always thought that the super efficient wife of his would handle this as well, just like she handled everything else perfectly fine,  but he was wrong. Was it wrong not to have realized that she needed help?

A much bigger error was not communicating. And both of them were responsible. While they were adept at talking all the mushy sweet nothings, when it came to real life situations they failed.  Somehow they couldn’t really empathize with each other, try and figure out a middle path where both needed to compromise somewhere but it worked to salvage the relationship.This lack of open communication cost them a lot.

His efforts at finding a job in the greener pastures were leading him nowhere. While they continued to talk regularly, this uncertainty about the closure of a long distance marriage was causing a strain. They had realized what went wrong and were working on their relationship, they also discovered a new fact about any long distance relationship. Its important to define the length of the long distance. Be it a few months, a year, two years or five- its important to define that period and what comes after.

What had started out as a gap which kept growing as distance grew, was now slowly declining and they hoped it would diminish one day. Every couple goes though these phases in a marriage. Its not about the rosy days where you click a selfie, hand in hand,upload it on Instagram and people go all “ohh ahh” over it. Its about those rough, rocky days when you are at your worst, you may not see eye to eye, you may fail to stand by each other, but you eventually learn to put your differences aside and embrace the other with their flaws and follies. Such days make you realize what a marriage is truly made of.

Epilogue: As Aman kissed Anya and dropped her near the school gate, he took a deep breath and stretched his hands to feel the air around. It was the onset of spring and he looked forward to see the flowers in full bloom. He hurried home to finish his pending piece. His decision to move to US under the H-4 visa had proved to be the best decision of his life. While it brought a closure to their long distance, it also helped him discover his passion for writing tech blogs. What started as a amateur blog was soon mushrooming into a widely read and hugely popular blog. He was devising ways to monetize it.

Aesha on her part couldn’t be happier that things were settling down. While they still had their disagreements and squabbles, she knew that this was a part and parcel of life and the best thing was they knew how to talk it out, settle it and move on together.

And which woman wouldn’t like a cute house husband who took care of the groceries, supervised the child’s studies and chopped onions as she knead dough for rotis. She always hated chopping onions.